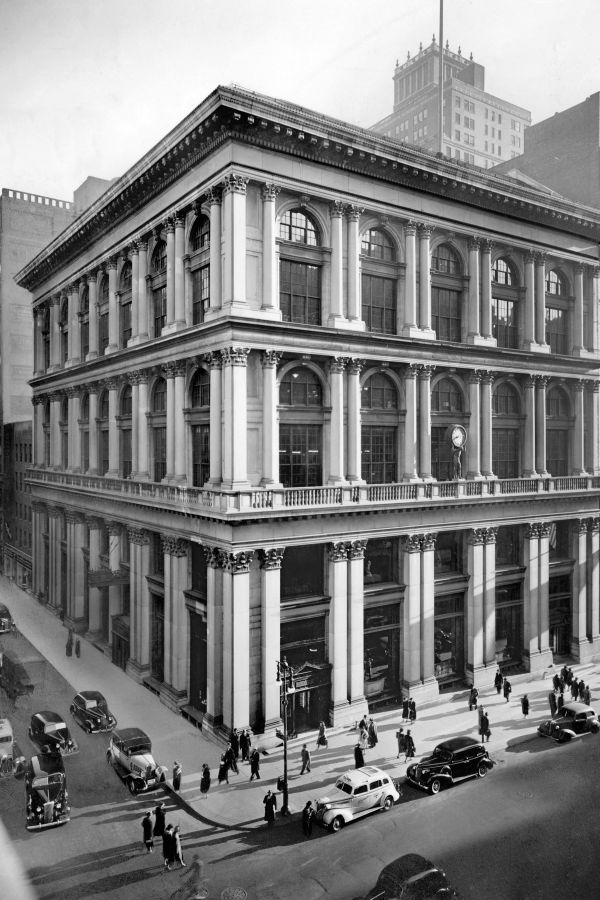 Tiffany Studios was an independent company formed in the 1890s.

Prior to this, Tiffany had been working as a painter and interior decorator for about two decades under such names as L. C. Tiffany & Associated Artists, and Tiffany Glass & Decorating Company.

Tiffany’s work in art and decorative arts had led him to design windows and household decorations for special projects, the manufacture of which was usually contracted out.

In the early 1890s, Tiffany decided to concentrate on the large scale production of stained glass windows, blown glass, lamps, and decorative household items for retail sale. Stained glass windows were almost always custom designed for a specific client, and while many of his other decorative items were stock pieces, some were made as special design orders.

Tiffany’s business began to fade just prior to World War I, and in 1917 Tiffany retired while allowing some of his employees to continue to sell wares as Tiffany Furnaces, though pieces were often made with parts long in stock that had already been marked Tiffany Studios or L. C. Tiffany. Tiffany died in 1932, his business bankrupt and liquidated.

He began producing lamps after Thomas Edison suggested the idea during their collaboration on the electric lighting of the first movie theater, the Lyceum. But it’s also believed that he began making lamps as a way to use up scraps from his window manufacturing business. Embracing the Art Nouveau style at the beginning of the 20th century, he instructed his craftsmen to create elaborate lamps to fit the new style.

His lamps quickly became popular at home and abroad. Craftsmen set tiny pieces of glass in natural patterns, featuring flowers, butterflies, or dragonflies, while the bronze bases complemented the leaded shades. Later, some shades were made in folds from panels of pressed glass, creating the appearance of a tweedy fabric. Some of the original Tiffany’s were gas, later converted into electric lighting.

Previous
TIFFANY IN EVERY HOME

Next
GENERALLY ABOUT TIFFANY