TIFFANY IN EVERY HOME 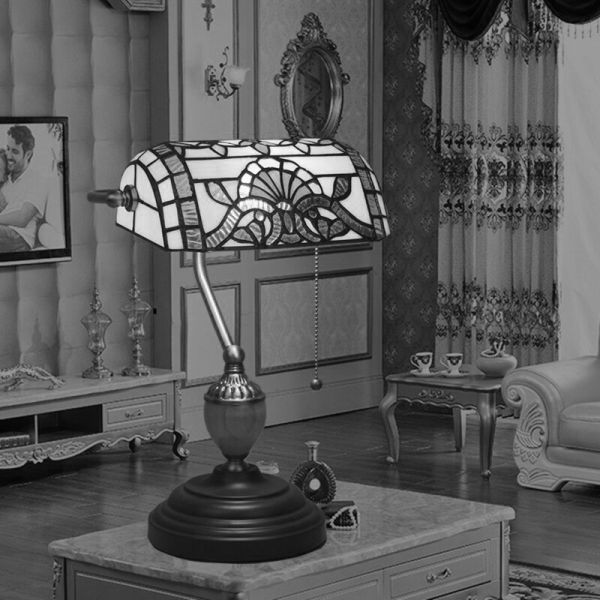 As a historical fact, Tiffany never actually made any of the lamps himself, but just oversaw their production and design.

The Tiffany lamps that came from his studio between 1899-1920 were personally guided by him through all stages of their creation. This not only included the shades, but the handmade bronze bases as well.

Tiffany set himself the goal of putting a Tiffany in every household in America, whether it be his windows, blown glass or his new fashionable table lamps. The magnificent lamps of Tiffany studios were an instant commercial success, winning prizes and awards wherever they were displayed.

He constructed his table lamps in two sections: the base and stem, and the shade. Shades consisted of many pieces of Favrile glass set in a bronze framework of irregular shapes, with the decoration often inspired by organic and naturalistic motives. Dragonflies were common, as were Renaissance, zodiacal, bamboo and medieval motifs. Bases, constructed of bronze or gilt bronze, often incorporated tile or mosaic work. The shade sometimes reflected the design—the irregular border of lamps like the Apple Blossom and Wisteria enhanced the organic effect of the tree-like base and floral motifs. Being hand-made, no two shades were identical.

Tiffany also developed and used innovative glassmaking methods. He avoided surface decoration, preferring to make ornament integral to the body of the piece. However, he was a designer of glassware rather than a glassmaker and paid little heed to the technical requirements of working in glass. The craftsmen employed at the factory to produce his designs frequently found them technically impossible.

At first, Tiffany used glass bought from outside firms, but this did not give him total satisfaction. The Kokomo Opalescent Glass Company of Kokomo, Indiana, was one of his suppliers.

Non-colored glass, such as common household window pane, has a natural tint of green. This is caused by a small amount of iron oxide present in sand, a key ingredient of glass. During the Middle Ages, the Venetians actually developed “decolorizing agents,” which neutralized the iron oxides and removed the green tinge. The result was crystal clear glass, without the pop-bottle looking green tinge, perfect for use in making art glass of all kinds. In the case of Kokomo glass, they used many combinations of coloring agents along with other elements, thus creating specific colors in the glass.

As his fascination with glass grew, Tiffany experimented with lustering techniques, largely inspired by the natural iridescence of ancient Roman glass. He patented his first glass-lustering technique in 1881.And through much of the 1880’s and 1890’s, Tiffany experimented with glass, developing techniques that are still used by the stained glass craft today, such as the popular “copper-foil” method used in manufacturing his famous lamps.